Manuela Perteghella is a translator, researcher & arts practitioner. She has published research in the field of literary and theatre translation, promoting the theory of translation as a creative and critical practice Translation and Creativity, Continuum 2006; One Poem in Search of a Translator, Peter Lang 2008; Staging and Performing Translation, Palgrave 2011. She has taught translation at UK universities, and worked for various theatre companies as administrator, script reader, translator and stage manager. She co-founded with Eugenia Loffredo ‘The Creative Literary Studio’, a blog which explores the art of text-making. thecreativeliterarystudio

Anna Milsom is a literary translator and academic and teaches Translation Studies at the University of Leicester. Her research interests relate primarily to the ways in which translation practice and theory can benefit from an interdisciplinary approach, a focus which stems from her background in visual arts. She is especially interested in the role of creativity in translation and in exploring the potential for texts to gain, rather than lose, in translation. Anna’s co-translation (with Anne McLean) of Evelio Rosero’s Feast of the Innocents has been longlisted for the 2017 International DUBLIN Literary Award (formerly the International IMPAC Dublin Literary Award).

WITH SPECIAL THANKS TO 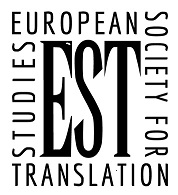 All the events are free, but places are limited and must be pre-booked.
For further information and/or to book a workshop please EMAIL US

led by Eugenia Loffredo and Manuela Perteghella
A hands-on poetry and art translation event
with your own translated art-poem to take home.

led by Eugenia Loffredo and Manuela Perteghella
A hands-on poetry and art translation event
with your own translated art-poem to take home.

by Simon Starling
Come and listen to Turner Prize winner Simon Starling
in conversation with Anna Milsom, on translation in artistic practice & the importance of artists’ talks.

Links to other websites
Our website may contain links to other websites of interest. However, once you have used these links to leave our site, you should note that we do not have any control over that other website. Therefore, we cannot be responsible for the protection and privacy of any information which you provide whilst visiting such sites and such sites are not governed by this privacy statement. You should exercise caution and look at the privacy statement applicable to the website in question.