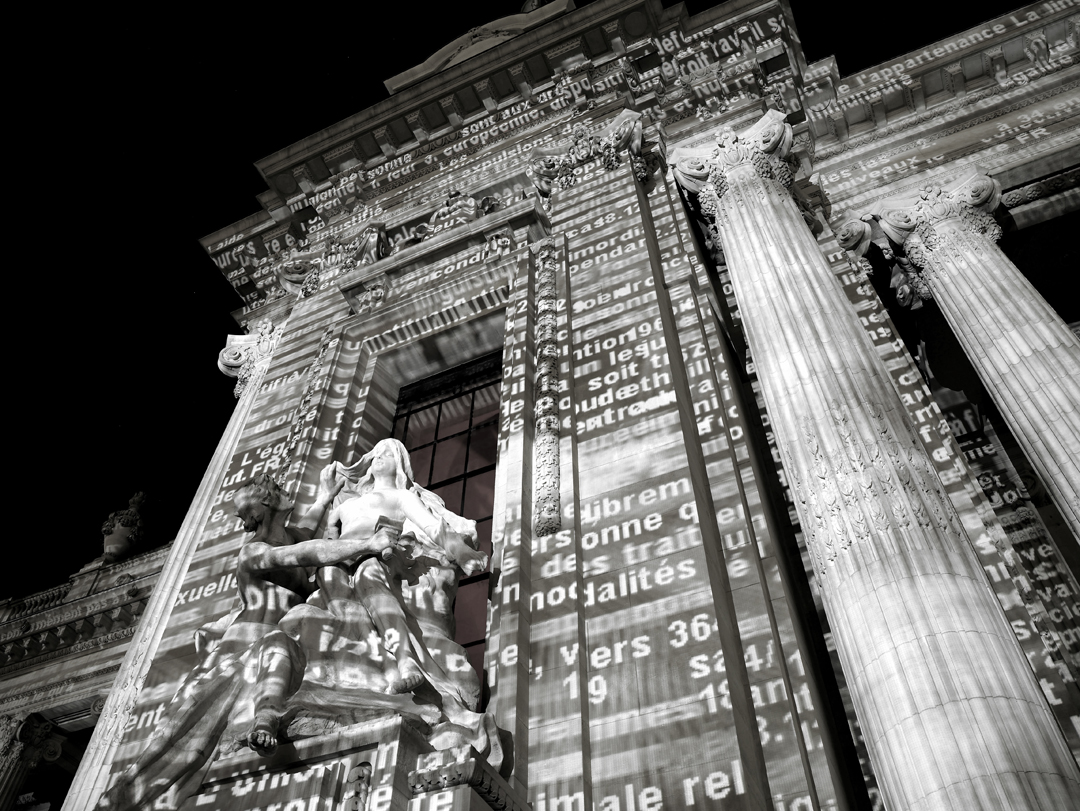 The work is based on the 11th edition of the Encyclopedia Britannica first published in 1911. This historically significant book is the last encyclopedia to offer articles in such extreme depth. Over 320 historians, 250 ministers, and many diplomats, theologists, scientists, and government officials from around the world personally wrote this encyclopedia’s articles. With over 44 million words and 28 volumes long it represents the last attempt to compile an index of all world knowledge; all subsequent encyclopedias have been increasingly condensed. It must be the last encyclopedia in the tradition of Diderot which assumes that information can be made memorable only when it is slightly coloured by prejudice. When T.S. Eliot wrote “Soul curled up on the window seat reading the Encyclopedia Britannica” he refers to this edition. Ever since then encyclopedias have become more and more condensed as objects, now it is more common to search for information on the internet. It is an interesting thought to imagine (in 2011) what body of text will represent our time.

The starting point for the work began from observing birds that flocked and landed on telephone wires strung between poles outside the studio. There was not enough space for all the birds to land at the same time and they were forced to compete for a landing space. As new birds arrived and found a gap it forced other birds to move along the wire to make space, eventually birds at the end of the line were forced to fly away and circle until a new space became available. Each of the 44 million words of the encyclopedia exists within the computer as the programme is running in a large text file. The words are brought to life and given the same behavioural characteristics as the birds. The words remember there original position within the context of the text; which page they were on, who were their immediate neighbours to the left and right, and from the line above and below. However the encyclopedia has been reduced to one single page worth of space and all of the 44 million words have to fit in this space. Like the birds the words compete to hold their space, and as hard as individual words struggle to hold keep place new words from the next immediate page keep arriving. History flies.

The work will take at least 30 years for the last words in the encyclopedia to arrive and attempt to hold its place on the page. Each time the work is turned off it keeps its place so when it is re-started it continues from its previous condition. Thus the act of reading is echoed and slowed down. The viewer will find it difficult to understand exact meaning in the text but will be vaguely aware of subjects that were thought important enough to include in the 1911 encyclopedia in history passing them by.

As redundant knowledge of long forgotten battles, politicians, and events pass the viewer by at a pace that reflects the real-time passing of contemporary events. For example, when the words reach the life and works of Leonardo da Vinci, certainly there will be a textual description of the Mona Lisa scattered and fragmented flying across the wall. The work proposes a curious perspective on time, history, and reading. Perhaps, after all, meaning is not lost to the white noise of the simulacrum; it is just humanly difficult to observe in the flapping of wings and feathers.

Charles Sandison (born Northumberland, UK 1969) lives and works in Tampere, Finland. Originally from the far North of Scotland where he grew up a “child of the 8 bit computer revolution”, Charles studied Fine Art Photography at the Glasgow School of Art, graduating in 1993. After moving to Finland 22 years ago he has worked mainly with computer generated video projections that combine language, form, architecture, and movement. He places the viewer at the centre of a changing universe of words, signs, and characters. The importance of location in his work has led to projections in the Paris Catacombs, and the Forum Romano.

His installations have been represented in Europe, Asia, Australia, and the USA. Notably in the Venice Biennale (2001) Charles exhibited his acclaimed work Living Rooms which brought him to international attention. His work is present in major public collections, including Reina Sofia, Madrid, Kiasma, Helsinki, and Bonn Art Museum. From 2003 he was a visiting professor at Le Fresnoy, Lille and has lectured at the Sorbonne Paris.